My kids, ages 7 and 4, are familiar with the idea of helping others — we have been the beneficiaries of much help from our community of friends and family in recent years, and we talk often about paying it forward — but this was their first experience serving food to others at a soup kitchen/meal program.

Earlier in the day, we read the book “Uncle Willie and the Soup Kitchen” by DyAnne DiSalvo, which opened up some discussion about what we would be doing at All Peoples Church that evening, as well as a little bit about the folks that might be coming there for a meal and why they may be choosing to come.

After a quick drive, we had a few extra minutes before we had to be at the church, so we walked over to the beautiful Darius Simmons Memorial Garden across the street.  We were greeted by a lovely woman who was tending to vast vegetable gardens, and she offered to have us pick some ripe and ready sweet tomatoes.  My 4-year-old daughter was very interested in holding the little bucket while we picked tomatoes and listened to a few stories about the garden and the Kids Working To Succeed program.  After a few minutes, we thanked the gardener and headed over to the church.

After donning our hair nets, aprons and gloves, we were happy to incorporate those tomatoes into the taco dinner that would be served.  My kids were eager to chop the tomatoes and take on any and all tasks they could find.  I was really happy to see them jump right in with helping hands, joining the other families and kids who were there to serve.  Kids are “do-ers” with such big hearts!

We served meals to many folks, young and old, ate a bit ourselves, and then helped clean up before heading out.  On the ride home I asked my kids if they had any thoughts or observations about the meal program or what they had done.  My 4 y.o. said that, as she served peaches with a long-handled slotted spoon, “some people used their manners and others didn’t. One lady said, ‘Gimme some peaches,’ and that hurt my feelings.”  I could see that she was a little puzzled by this, given how much we harp on good manners as a family, and I took this as an opportunity to tell her that I’m sorry she felt that her feelings were hurt and that sometimes we don’t know what someone else is going through or what kind of a day they’re having, and sometimes it means they may not be thinking about their manners.  Or, maybe that particular lady hadn’t had a good meal in a while and she was just plain hungry.  And sometimes it’s hard to be polite when you’re really hungry… my daughter seemed to be thinking about times when she feels hungry and maybe at that moment she felt a twinge of empathy…

My 7-year-old son observed that “It was fun and a lot of work!”  And later he commented, “Almost all of the people that were there tonight were black… and I don’t know why.”  Using words that I thought he’d understand, I explained that the church is in a predominantly black neighborhood and that many of Milwaukee’s neighborhoods are pretty segregated by race.  I asked him, “Do we have very many black people in our neighborhood?” and he replied, “No.”  I tried as best as I could to explain a little bit about housing discrimination (we have talked many times about Jim Crow laws, oppression of people of color and the Civil Rights Movement, so this was not a totally new topic for my kids).  I also told him that while those unfair laws have changed now, some of the same problems still remain.  It has been hard to change the patterns that were set back then, but it doesn’t mean we should stop trying to change them.  It’s important to build relationships and get to know people who don’t look like you or live near you, especially if we’re going to try to solve some of the really tough problems we face in our city.

So, more than just the idea of helping others… more than just that good feeling we get… I am glad that my kids are getting a glimpse into the lives of others who may look different than they do or live in different neighborhoods, and a glimpse into some of the difficulties that others face, and my hope is that through continued conversations that are often a little uncomfortable, my kids will become leaders in building relationships and making positive change.

View all posts by linneahead 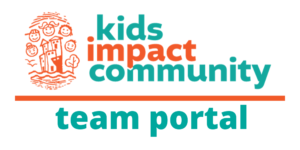 KIC is a 501(c)(3) non-profit organization, through which persons of diverse color, ethnicity, sexual orientation, family configuration, enablement and socioeconomic status learn and serve together.